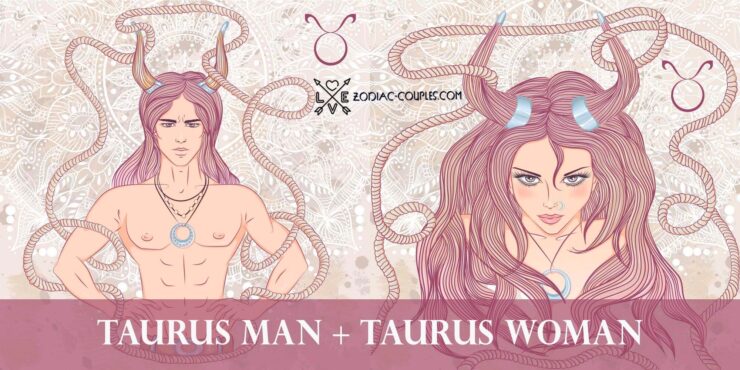 The relationship between a Taurus man and a Taurus woman will be stormy, as they will develop rapidly. At first glance, it may seem that since these signs of the zodiac belong to the elements of the earth, it means they should be calm and stable, but this is not in this tandem. On the one hand, they are both very passive people, and in general, it is surprising that they start communicating. On the other hand, they are very stubborn. It seems that their meeting is fate, and often their relationship begins with friendship. Zodiac signs quickly understand that they are comfortable together and see their reflection in a partner.

Taurus men and Taurus women are not inclined to show their emotions. Since they have difficulty expressing feelings, they often use passive aggression. In order to avoid problems in relationships, the zodiac signs should learn to listen to their partner, accept their point of view, not keep themselves dissatisfied and find compromises.

Albert was Taurus, and Anouk is Taurus. The partners met while Albert was working on the 1969 film The Picasso Summer. At the time, Anouk was married to her third husband, and it was only after their divorce that she married Albert in 1970. They were a beautiful couple in 1975, but thunder crashed over their relationship. Anouk fell in love with Ryan O’Neill and left her husband. Although they broke up five years after the wedding and began to live their own lives, the couple did not officially divorce until 1978. They had no children together.

Carmen is Taurus, and Dennis is Taurus too. They met at a Los Angeles nightclub and exchanged phone numbers. Dennis was struck by the beauty of Carmen and was determined to win her heart. He called her several times, and she didn’t answer until he finally managed to get her out on a date.

In November 1998, they decided to get married suddenly and did so in Las Vegas. However, after nine days, Carmen filed for an annulment of the marriage, citing unclear mind. At that time, she lost her mother and sister and was distraught with grief. The partners reunited for a short time; however, they still separated in March 1999. This is considered one of the shortest marriages in Hollywood. It is worth noting that they both abused alcohol, had promiscuous sexual relations, and problems with the police.

Aaron was Taurus, and Carolyn was also Taurus. The couple met when both partners were trying with all their might to build a career in Hollywood. In 1953, they got married, but since they were only at the beginning of their careers, they agreed that they would not have children yet, as Carolyn was worried that she would not be able to combine family and professional requirements. While she was doing well, Aaron was not, and Carolyn insisted that her husband become a writer. She began to receive awards for her work. Their careers developed, but the marriage suffered, and they separated in 1963. Although she did not ask for alimony from her husband, he left her house and shared the common finances. In 1964, a peaceful divorce took place.

Toby is Taurus, and Anna-Louise is Taurus too. The two met when both were studying at LAMDA in 1991. However, then nothing happened between them, and there was no spark. However, after fate brought them together again, they began dating in 1999. Their relationship quickly became serious and led to the wedding in September 2001. This union has three children together, and they are married for almost 20 years. They do not participate in scandals, do not intend to get divorced, and do not talk about personal relationships. They lead a quiet and calm life, as much as possible for a large family.

Megan is Taurus, and Colson is Taurus too. Their meeting took place in March 2020 on the set of Midnight in the Switchgrass. Megan then just broke up with her then-husband, and she and Kelly began to spend time on the set actively. Later, the lockdown began, and filming stopped, but fans noticed that Fox isolated herself not with her husband but with a new boyfriend whom she did not confirm.

In May 2020, they confirmed their relationship, and there was news that Fox spends time with Kelly only when he leaves the children with her husband. Megan’s ex-husband, by the way, was very upset by parting and hid the hope of a reunion, but apparently, this did not happen. The lovers began to appear in public actively, announced themselves on Instagram, and starred together in a video.