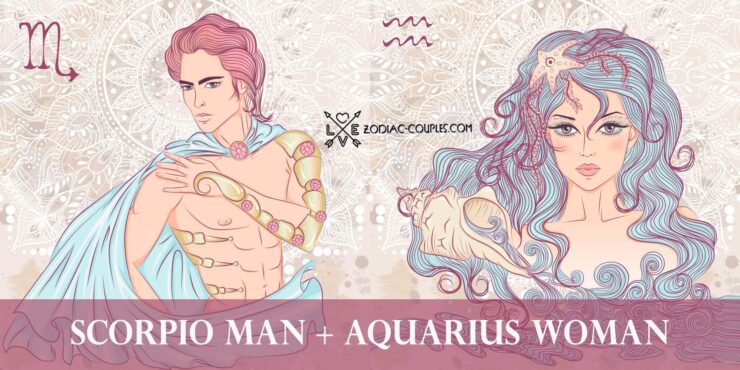 The union of a Scorpio man and an Aquarius woman is very complex. Both zodiac signs want to dominate and will constantly fight for their positions. They also wish self-realization and freedom, which excludes the presence of a partner nearby. Representatives of these zodiac signs are very bright and ambitious personalities. They are used to achieving everything they want with their perseverance. Still, in a relationship, this will play a cruel joke with them. Scorpio is used to controlling people, and Aquarius will fight for their freedom. Partners will have to sacrifice their egos, learn to negotiate and communicate, and find compromises. Otherwise, they will kill all feelings for each other and disperse.

Matthew is Scorpio, and Camila is Aquarius. The couple met in 2006 at a Los Angeles nightclub. Matthew went there with his friend Lance Armstrong who eventually introduced them. For McConaughey, it was love at first sight. A connection immediately arose between the partners, and they chatted all night, but Camila did not fall in love. Then she went home with McConaughey and slept in his guest bedroom. Three days later, they went on their first date, which went very well. In 2008 the union welcomed the first child together, and in 2010 the second child was born. In 2011, he proposed to her during a family Christmas evening, and they got married half a year later. Later, their third child was born, and only in 2015, Camila received US citizenship. After so many years together, the couple still loves each other, and Matthew never ceases to admire his wife and thank her for her constant and unconditional support.

Shiva is Aquarius, and Dylan is Scorpio. The couple first met at a coffee shop and decided to get married in 1995. In marriage, they welcomed two children. However, having lived together for a decent amount of time, the couple decided to split up in 2007. A year after their breakup, Dylan decided it was time to file for divorce to end the story and cited irreconcilable differences. Shiva applied only for joint custody and now lives with her daughters in the Santa Monica Mountains, where they are engaged in their own household.

John is Scorpio, and Connie is Aquarius. The couple met in the 1960s and got married in 1968. Three years later, they greeted their only child. The partners worked close professionally, writing and filming for both parts of Fawlty Towers. The couple’s divorce occurred before the second part’s release, but they professionally coped with the task, and this did not affect the quality of their work. The divorce officially ended in 1978. After the divorce, the couple remained close friends and continue to support each other, and for these days John says that Connie was his true love.

Laura is Aquarius, and Ben is Scorpio. The two met in 2000 at Ben’s concert. Their relationship led to marriage in 2005 in an intimate ceremony with those closest to them in their home. During their marriage, they had two children: a son born in 2001 and a daughter born in 2004. After five years of marriage, Ben filed for divorce in 2010, citing irreconcilable differences. And although they tried to make up in 2012, they continued the divorce process, which ended in 2013. The partners have joint custody of the children.