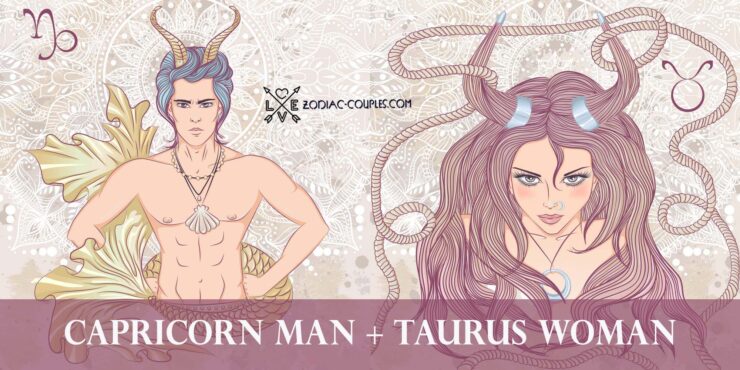 The Taurus woman and the Capricorn man belong to the earth element, which tells us a lot about them. First of all, both signs are down to earth. They do not hang in the clouds; senseless outbursts of feelings and manifestations of tenderness are alien to them. Partners are serious enough in their intentions in the relationship and prefer not to waste time. Both the Taurus woman and the Capricorn man need a reliable partner nearby, who will go through the thick and thin with them.

These zodiac signs are synonymous with stability. It is believed that they are the ones who keep this world in balance, thanks to their poise, moderation in everything, and patience. If two such giants form a union, most often, they have the strongest and most reliable family. These signs’ feelings are incredibly deep and trusting. Together, they create a wonderful tandem and a team, which is especially good at raising children.

Jessica is Taurus, and Cash is Capricorn. The couple met on the Fantastic Four set, where Cash was the director’s assistant. It is worth noting that Jessica became an amazing motivation for him to advance his career in his later life. Later, he became a producer of popular TV series and documentaries.

The two got married in 2008. They manage to create a beautiful, loving family of 5. Jessica and Cash have three children, and all of their names start with “H”: Honor, Haven, and Hayes. Cash shares all the household responsibilities and brings up children with his wife, so she has the possibility to manage the business and her career.

Tina is Taurus, and Jeff is Capricorn. They met in 1993 when he was working at Jeff Del Close’s ImprovOlympic Theater. That time he was immediately attracted by Tina. The couple tied the knot in 2001 and a few years later welcomed their two children.

Parenting experience only brought the family together and made it even stronger. While the children are small, both partners enjoy this time, although they get exhausted. The secret of this family is in building trusting relationships with each other and their children.

Zayn is Capricorn, and Gigi is Taurus. The couple had hard times of turbulent splits up and getting together multiple times since 2005 when they started dating. One of the reasons for their separation was the tight working schedules of partners and a lack of time. But the couple broke up so many times that no one knows every reason. These two shocked the audience with every sudden appearance together after a break or a hint that they were together. Their relationship has stabilized since 2020, and in September of that year, their first child was born.

In October, however, they split up, but both trying to co-parenting and have caring relationship.

Justin is Capricorn and Sophie is Taurus. They have known each other from childhood, as they were classmates. In 2003, they were reintroduced to each other while hosting a fundraiser together. On their first-ever date, Justin told Sophie that he wanted to be with her for the rest of his life. After their first date, Justin proposed to her & they both tied the knot on May 28, 2005. The couple also has three children.