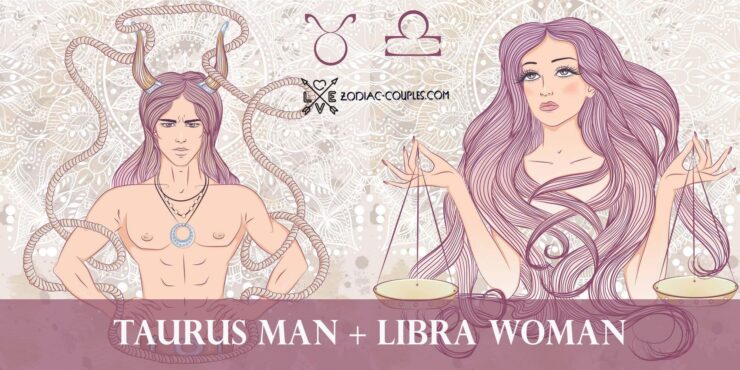 The union of a Taurus man and a Libra woman has incredible potential. The zodiac signs act at the behest of the heart. Their compatibility is almost maximum; their characters complement each other. The union of Libra and Taurus will be full of love, respect, understanding, and care. Interestingly, a Libra woman is responsible for emotions, words, and feelings. A Taurus man is responsible for the tactile part of love – hugs, touch. This gives them complete balance in the relationship, and no one will feel a lack of attention.

Another advantage of the union is the ability to come to an agreement. Any diplomat will be jealous of these zodiac signs since Taurus and Libra can negotiate at the highest level. The couple rarely has conflicts. They quickly get to the bottom of the matter and solve problems so that everyone is comfortable. They will be able to build a strong family and raise happy children. The secret of their long marriage will be the quality of time spent together, both with the whole family and with each other.

James is Taurus, and Anne-Marie is Libra. The couple met on the set of Shameless and got married in 2006. The married couple welcomed one son. The partners have built a privacy policy in their relationship, which means that they never talk about each other in public and adhere to this rule. In 2016, they announced that they had made a joint decision to divorce and also did not comment on the reasons. They remained in a good relationship and continue parenting together.

Pierce is Taurus, and Keely is Libra. The couple met in 1994 at a party in Mexico when Keely was working as a correspondent. They got married in 2001, and their wedding looked like a movie clip. The union has two children. Pierce has never been shy about showing love for his wife in public, so they have tons of cute paparazzi shots. The secret to their long marriage is quality time together. Even after so many years of marriage, the couple still loves each other as in the early years.

Stephen is Taurus, and Cassandra is Libra. The couple did not reveal their relationship when they started dating and got married in a very private ceremony in the Caribbean in 2012. A year later, they repeated their ceremony but so that friends and family could be present. The couple has a daughter. Cassandra is not a public person, although, before marriage, she managed to take part in several TV shows and starred in films. She is not embarrassed to be in the shadow of her husband. It seems that the couple is doing great, and no thunderclouds in their relationship are coming up.

Adrian is Taurus, and Natalie is Libra. The couple met at their mutual friend’s wedding in 1999, and a year later, the couple decided to tie the knot in Las Vegas. In marriage, they had two sons.

Their relationship was not short. However, Natalie filed for divorce in 2017, citing irreconcilable differences. It was at that moment that Adrian’s side opened up, which she did not even suspect. Natalie asked for joint custody of the children, and for questions of finances, the couple had a prenuptial agreement. However, the husband questioned the contract’s legality, declared bankruptcy, and demanded financial support from her. He said that he sacrificed his career to raise children and demanded that Natalie’s group be banned from releasing music. The litigation lasted two years, and the divorce was finalized in December 2019.

Serena is Libra, and Alexis is Taurus. The couple met in 2015 in Rome, when Serena was to have a tennis match, where she invited Alexis. In 2016, Williams first published a photo of Alexis, and in December of the same year, he proposed to her at the same place where they met. In 2017, the union first welcomed their daughter, and in November, the two tied the knot. Even before his daughter was born, Alexis supported his wife and went to matches with her, but he had cheerful company after his daughter’s birth. Now the whole family is supporting Serena.

Stephen is Taurus, and Kennya is Libra. The meeting of these two seemed destined to be. They met at a subway station in New York in 1987 and fell in love at first sight. They dated for three years before being married in 1990. Their life together was not always easy. They had to overcome many difficulties, including financial ones, but they successfully passed these dark times, and their family only grew stronger. The couple has two daughters who are now famous models. Kennya is very secretive. Although she was a successful graphic designer and made a significant contribution to the family budget, there is little information about her in the press. She does not have an Instagram account, which also surprises the public.