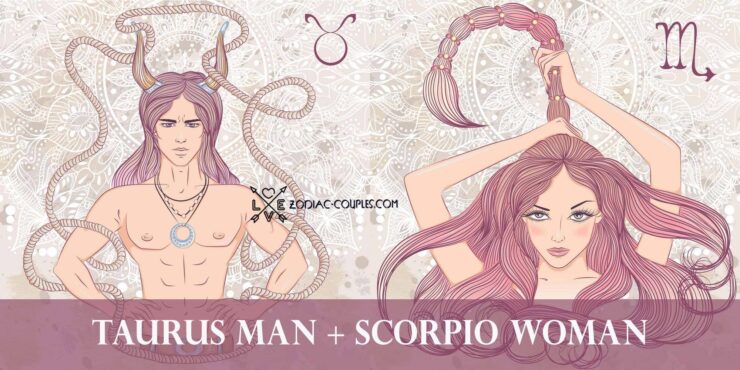 The Taurus man and the Scorpio woman are quite a bright and loving union and can come to an agreement. The Scorpio woman is very emotional, deeply experiences everything, while the Taurus man is practical and thinks more about material matters. The sincerity of both signs is the quality that unites them and helps create strong relationships.

The Scorpio sign is unique in its ability to guess people’s thoughts, which allows her to feel a partner’s needs subtly. Both zodiac signs need constant confirmation of feelings, and they have no problems with this.

If the couple manages not to get annoyed over trifles, the romantic relationship will be long and strong. Equal distribution of responsibilities in everyday life is also important for them.

Joseph is Taurus, and Persia is Scorpio. They met on The Vampire Diaries and, in 2011, started dating. The couple got married in 2014 in Jamaica and had a small private ceremony. Joseph became a step-father for Persia’s daughter, born in 1995. Persia is 48, and Joseph is 39. They are involved in charity work, protecting the planet, and endangered species of animals.

Olivier was Taurus and Vivien was Scorpio. Their famous love story turned out to be bright but tragic. Their acquaintance took place in 1936 when both were married. Vivien had a child. It was love at first sight; in 1937, after working together on the play, their secret romance began. Immediately after Vivien’s divorce from her husband, she and Olivier got married in 1940. Their romance has gone through many difficulties, such as two miscarriages, tuberculosis, and Vivien’s bipolar disorder. They divorced in 1958 but continued to write letters to each other. Viviene died much earlier, and Olivier, even before his death, watched films with Vivien and cried, telling everyone that “that was love”.

Bo is Scorpio, and John is Taurus. This is the longest-dating couple we’ve met so far. Their relationship began in 2002, and now 18 years later, they are not yet married. We must say that this does not bother them at all. The couple is incredibly happy and just enjoying the time together. Bo tells with incredible delight how John makes her happy and makes her laugh, and John simply thanks fate for such an excellent gift as Bo.

Other famous Scorpio and Taurus couples