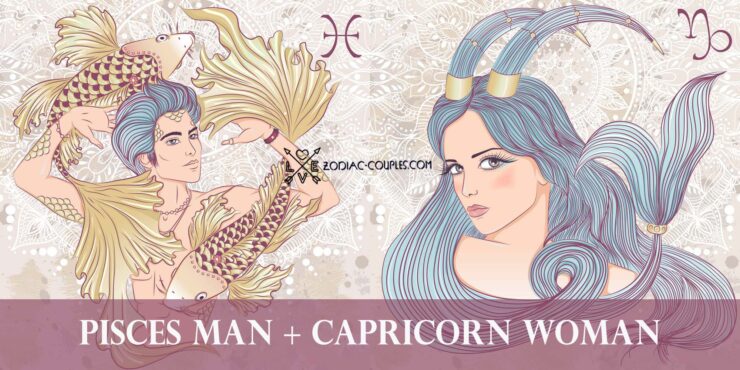 The Capricorn woman and the Pisces man couple is exactly the case when seemingly absolute opposites can be very good together. So what is the thing that ties these zodiac signs together? Complementary relationships! The chemistry of their temperaments together results in complete peace of mind for both partners. In their union, a man is responsible for emotions and feelings; Pisces however is a restless sign. However, next to the wise, calm, and practical Capricorn woman, they find their peace.

On the other hand, Capricorn will go crazy with her demanding character on her own. They find it difficult to cope with their temper and constantly try to meet some kind of standard. Pisces man gives them a feeling of lightness and serenity.

The Capricorn woman is prone to constant control and dictatorship. The key to this couple’s happiness lies in the woman’s self-control since the Pisces cannot withstand life for a long time in stress, quarrels, and pressure.

Penelope is Capricorn, and James is Pisces. The couple tied the knot in 2000 and have two daughters. In 2012 Penelope filed for divorce, but after a few months changed her mind, and their 12-year marriage continued to exist. The two keep their personal and family life highly private, we only hope the crisis has gone.

Marlene was Capricorn, and Rudolf was Pisces. They met in 1924 when she went to work in Berlin and met Rudolf. He gave her a little style advice on her hair, thanks to which she got the role. In the same year, the couple got married.

Their marriage is considered the strangest and most unusual in the history of Hollywood. When she became famous, they literally lived on different continents. Oceans separated them. Marlene has been accused of having affairs with many celebrities. They never got divorced and had two children. He continued to love her until his death, cared for her, and admired her. She took care of his health and flew to him when he had a heart attack. She was silent about her husband, but when she spoke, it was only with love.

Cheryl is Capricorn, and Ron is Pisces. The couple tied the knot in 1975 after five years of dating. They met in high school. The two managed to create a huge family with four children and five grandchildren. Their love is a true connection from the very beginning. When they are asked about their 50-year marriage secret, they have no answer since there is no secret or technique. Love and constant communication are key.