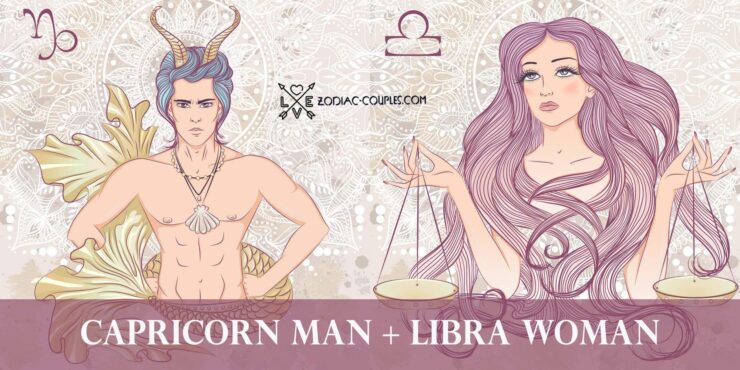 The Capricorn man and the Libra woman are a complex and mysterious union. For a man, it may be love at first sight, but not for a woman. He is fascinated by her ease, optimism, and enthusiasm, but she sees him as tedious. A Capricorn man will have to try hard to attract a Libra lady’s attention and make her fall in love with him. But nothing is impossible. Partners will be able to build strong and long-term relationships with both parties’ strong desires.

It will not be easy for the zodiac signs to be together; they have a lot of work on relationships and setting up their daily lives. If the partners do everything right, their relationship will be built on mutual love, support, respect, and understanding. Libra will reveal the best qualities in a man, such as making good money, solving problems, being supportive and protective. She will give him a feeling of home and comfort, where he is always loved and desired.

Denzel is Capricorn, and Pauletta is Libra. The couple met in 1977 on the set of Wilma and started dating. He asked her to marry him twice, and the answer was negative. Finally, on the third time, she said “yes,” and the two tied the knot on June 25, 1983. They have four children together, and all of them are acting or working in showbiz. When asked about the secret of their long marriage, Denzel said that there is no single thing. The secret is everything that makes you feel at home. This is all thanks to his wife, who donated a lot to raise children and create all this. He is also a protection for her.

Kate is Libra, and Ned is Capricorn. They met on Richard Branson’s private island when lightning struck the house, and a fire started. She only managed to grab a bra, children, and passports, and he brought them out with a head torch. Then Kate fell in love with him. The couple got married in 2012. They had a son the following year, and Kate has two children from previous marriages. In 2019, it became known that Ned decided to change his last name from RocknRoll to Smith to set a good example for his son and not embarrass him. Partners feel like a real family. Kate tries not to take a job that forces her to leave her children.

Dita is Libra, and Marilyn is Capricorn. The couple started dating in 2001. They dated three years when Marilyn proposed to Dita, and the two tied the knot on November 28, 2005. Unfortunately, their relationship was not destined to last any longer, as, after the marriage, she opened her eyes to the truth. He promised that he would accept her bisexuality and not condemn her and that he would become her reliable support. However, Dita filed for divorce in 2006. She couldn’t come to terms with his desire to go to parties and meet other girls.

Lena is Libra, and Dan is Capricorn. The partners have known each other since childhood, so initially, their relationship began with a friendship. They became close when Lena started having problems in a relationship. Dan supported her, and after the divorce, the couple’s relationship turned into a romantic one. In 2015, they welcomed a child, but paternity was not mentioned until 2017. Their relationship was so private that to this day, no one knows if they were married. However, in any case, the couple broke up in 2019. They have come a long way in life as friends, but they did not get along in a romantic relationship and decided to split up peacefully.

Catherine is Libra, and David is Capricorn. The couple got married in 1965. At that time, Catherine already had a child. He was a British photographer and lived in London; she was a French actress and lived in Paris. They broke up in 1970, but the official divorce took place in 1972. Already in old age, David often recalled in interviews how they broke up. When she called him and said that it was wonderful, they broke up because now they can be lovers. It is assumed that one of the reasons for their divorce could be a language barrier. He didn’t learn French, and she was always too tired to speak English. Catherine never married again.

Kiele is Libra, and Zach is Capricorn. The two met on the set of The Matadors and started dating in 2010. At the end of 2011, two lovers got engaged and tied the knot the next year. They are madly in love and love each other, but unfortunately, their marriage was not without sorrow. In 2015, the couple was expecting a child, but in the last stages of pregnancy, there was a miscarriage. It was a tough period, but they coped and in 2017 welcomed the daughter born via surrogate.