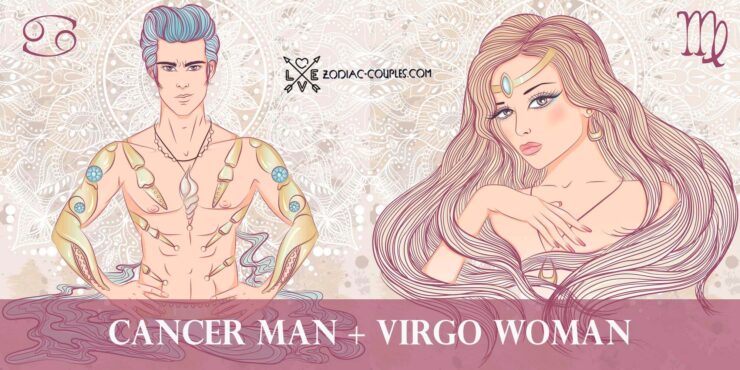 The Cancer man and the Virgo woman belong to the elements of water and earth. Their relationship will be reliable, long-lasting, and harmonious. Zodiac signs have similar priorities, outlook on life, relationships, and family building and traditions. Virgo and Cancer complement each other perfectly, feel the mood and needs and help open up new qualities. Partners do not like to waste time on empty relationships, so spiritual closeness with their soulmates is very important.

The Virgo woman is distinguished by her stability of feelings, tenderness, and reliability, and the Cancer man constantly needs care and protection. Cancer’s relationship is usually similar to that of a mother and son, and Virgo will also act as a mother for him. A woman will miss the male determination from Cancer. They will solve relationship problems through constructive dialogue, and even if they decide to leave, they will remain in good relations without hurting each other.

Elon is Cancer, and Justine is Virgo. The partners met when she was in her first year at Queen’s University in Ontario. Initially, their relationship was not serious, and after college, they broke up. Justine went to Japan for a year, but she still had feelings for Elon, and after her return, they reunited. The couple got married in 2000 and had five children in the marriage. Problems in marriage began when Musk got deeper into work, and the couple even tried to solve problems with specialists, but Musk gave her the divorce papers. The divorce ended in 2008, and Justine left her ex-husband’s last name to protect her children.

Mireille is Virgo, and Alan is Cancer. The couple met during a rehearsal of a play in New York, and Alan immediately attracted Mireille. They got married in January 2008. In their happy marriage, they welcomed two children, and Mireille became a stepmother to Alan’s two children from a previous marriage. These two managed to build a strong and happy family, and now they find admiration in watching their children grow up and explore this world.

Pink is Virgo, and Carey is Cancer. The two started dating in 2001 after meeting at the Summer X Games. In 2003, the couple broke up for a short time, but they later reunited and became engaged in 2005. A year later, they already got married and became a full-fledged family. Their relationship remained unstable, and in 2008, Pink announced that the couple had decided to break up and remain good friends. They were going to file documents for divorce, but in 2010 it was confirmed that the couple made every effort to solve their problems and save the marriage. They greeted two children and now together maintain peace in the family by solving problems, not running away from them.