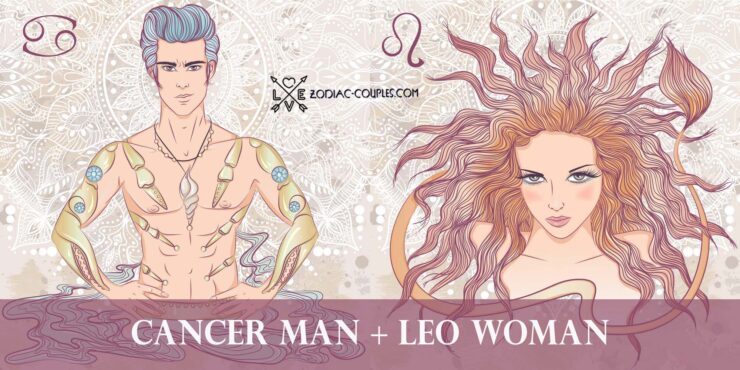 The Cancer man and the Leo woman are so different that we can say they are from different poles. Partners have different views on relationships, and their beliefs differ. A Cancer man is, by nature, very closed in his feelings, gentle and emotional. He can spend time in a company and participate in a conversation but prefers his cozy home, where his wife is waiting for him. The Leo woman is not used to being silent. She loves to be in the spotlight, to receive compliments and approval from others. She needs to build a career, be a leader, and achieve success. Leo hates boredom and routine and can also assert herself.

Despite such a difference in zodiac signs and the inevitability of conflicts, partners will be able to build a family. They are more emotional than rational so that passion will run high. He is very traditional, loyal, and family-friendly. She is a great host. The main thing is that partners have enough wisdom to keep the relationship and make concessions.

Amy is Leo, and Darren is Cancer. The couple met in 2001 in acting class, but it wasn’t the right time, since both were in relationships. Their first date was in 2002 when Le Gallo insisted on going out. The two got engaged after six years of dating in 2008. In 2010, they welcomed their first child. The wedding took place in 2015 because of Amy’s busy work schedule. The couple is full of love and has achieved great success for the last 20 years. We wish them all the best.

Jennifer is Leo, and Cooke is Cancer. The two met due to their mutual friends and started dating in 2018. They got engaged in 2019 and tied the knot the same year. When Lawrence met Maroney, she didn’t think of getting married but fell in love. She said that he is the greatest human being she ever met. The couple welcomed their first child in 2022.

Sylvester is Cancer, and Jennifer is Leo. She met twice-divorced Stallone in 1988, and the two started dating. The relationship between the partners was not perfect. There were constant rumors about Stallone’s infidelity, but she wanted to believe him to the end. Although in 1994, he broke up with her by sending a FedEx letter. She was devastated.

After several Sylvester’s affairs, the couple reunited in 1995. They welcomed a daughter and got married in 1997. They have three daughters together. This break-up experience helped them realize that they are incredibly happy together and how lucky they are.

Paloma is Leo, and Vin is Cancer. They met in the early 2000s. It was love at first sight for Vin. He was not yet so popular then, and she was at the peak of her modeling career. However, he still managed to win her heart. They began dating in secret in 2007, and to this day, no one knows how Vin proposed to Paloma. It is believed that the possible reason for the sacrament of their relationship is the difference in 16 years in age.

The couple has three children, they have been together for almost 15 years, but they are not married, although they are a real family.

Laura is Leo, and Doug is Cancer. The couple met on the set of Melrose Place. They tied the not in 1998 and raised four children together. Two children are mutual, and two from Doug’s previous marriage. Laura was thought to be in love with Thomas Calabro, but he denied that fact. They are happy together with their children, and as Savant says, the relationship with his wife is the best outcome of the show Melrose Place.