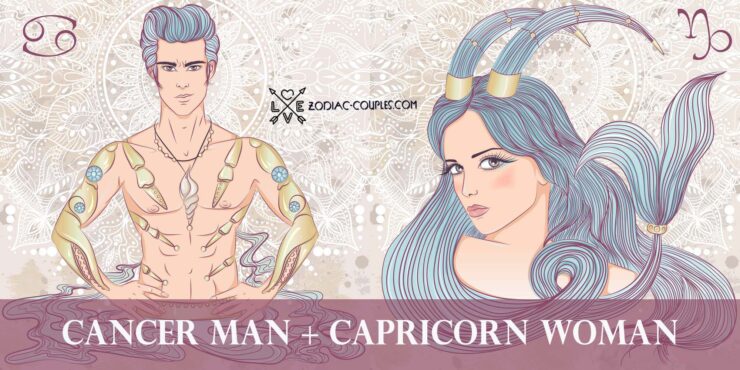 The Cancer man and the Capricorn woman have every chance of a long-term union. However, to coexist peacefully, partners should pacify their characters and egos, which are both their features. Capricorn is a very stubborn woman, does not like to waste time, and wants to achieve success in everything she deals with, is very warlike and courageous. Cancer man is very shy, sweet, and gentle. These zodiac signs are complete opposites, which is a magnet for them in these relationships.

A woman will always push a man to action and new achievements, wish him success and recognition. A man does not chase after fame and money. He is a family man and prefers cozy evenings with children. The union of a Cancer man and a Capricorn woman is a love story similar to the films’ plots. They will have an ardent passion, then a haven. They can annoy each other, but it will definitely not be boring.

Jared is Cancer, and Genevieve is Capricorn. The couple met in 2008 when Genevieve was a guest actress on the TV series Supernatural. For four months, they got to know each other before going on their first date. In the fall of 2009, Jared proposed to her, but the partners kept it secret for several months. They got married a year later. Their wedding turned out to be a warm and fun experience with close friends. The couple has three children. Jared tried his best to help his wife and ease her pregnancies. And to this day, he tries to make sure she has everything she needs and provides her with support and protection. For 10 years now, these two have become a real team, and they always support each other and are very close.

Maggie is Capricorn, and Robert was Cancer. They met at a turning point in Maggie’s life. The couple got married in 1967. She said that her defense mechanism did not work at that moment, and she did not see in Robert what could bring any problems to her and their future family. However, he abused alcohol, and when they already had two children, Robert tried to commit suicide. Awareness came to Smith after 1970. Robert was diagnosed as hyper-manic, which meant mood swings and a propensity for promiscuous sexual relationships. When both were tired of fighting for happiness and no longer needed it, Smith left him in 1973, and they divorced in 1974.

Vanessa is Capricorn, and Samuel is Cancer. The couple met in 2016 on the set of Chien and started dating around this time. Samuel proposed in November 2017, and the two tied the knot in 2018 on an intimate ceremony. It is the first marriage for her, although she has two children from a previous relationship. Benchetrit was married before and had one child. The couple keeps their relationships under wraps, but it is noticeable that her children and ex-partner go along well with a new family member.

Caroline is Capricorn, and Chris is Cancer. They met when her brother lived in the same building as Chris. The couple met once and did not see each other for three years, but Chris could not forget her. Later, he was sitting with her brother and asked to call Caroline. They got to talking and eventually started dating.

The couple got married in 1996, after three years of relationship. They have five children, and they do an excellent job of raising them. Whenever Chris was faced with the choice of family or career, he chose a family. He himself was from a family with seven children, so he immediately knew that he also wanted a big one.