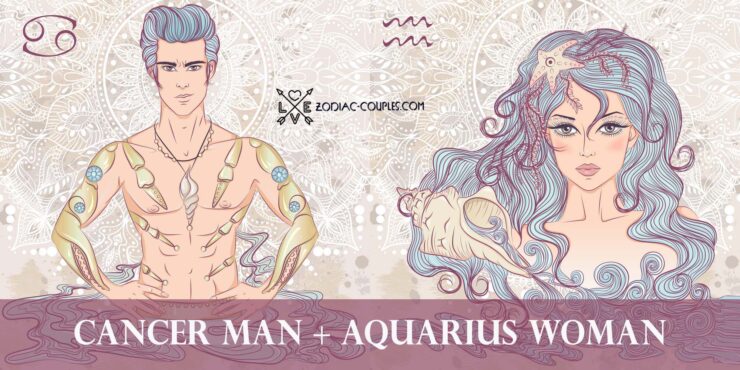 In the union of a Cancer man and an Aquarius woman, mutual understanding is rarely found. These signs are from different poles; their opposite qualities do not complement each other. Cancer is very calm, stable, and measured by nature, while Aquarius is with the element of air, very active, talkative, in constant search for changes and new ideas.

The only connecting link in this union can be powerful love when both signs are ready to make concessions. The opposite side of the partner is completely accepted, and non of both does not try to correct it.

However, it is worth noting that if Cancer and Aquarius manage to find a common language, then both will be good in a relationship. Cancer man attracts Aquarius emotionally, and the woman inspires him to take bold and interesting deeds. Thanks to the Aquarius woman, the Cancer man can see a completely different life and discover many new things.

Kerry is Aquarius, and Nnamdi is Cancer. The couple met on Broadway when Kerry was performing in 2009. In 2013 Nnamdi and Kerry tied the knot. When rumors about the couple’s divorce appeared in 2016, Kerry stated that her personal life would remain personal, and just like no one knew about the wedding, no one would know about the divorce either. The couple has two children together and one child from Nnamdi’s previous marriage.

Carrie is Aquarius, and Tracy is Cancer. They met in 2008 at the theatre in Chicago, when Tracy debuted in his play August: Osage County. The couple got married in 2013 and in 2018 welcomed their first son. The difference in their age is 16 years. It seems they are happy together and treat everything with humor. Since the baby was conceived on the set of The Post, Carrie joked that their son is their Spielberg baby.

David is Cancer, and Catherine is Aquarius. The couple was married from 1984 till 1989. That was her second marriage, but not last for both of them. They had no children together. The wedding was the recreation of The Knight Rider episode “The Scent of Roses” that appeared on the screen two years later. Catherine says that there are no hard feelings about this marriage, and she feels like David is her old friend.