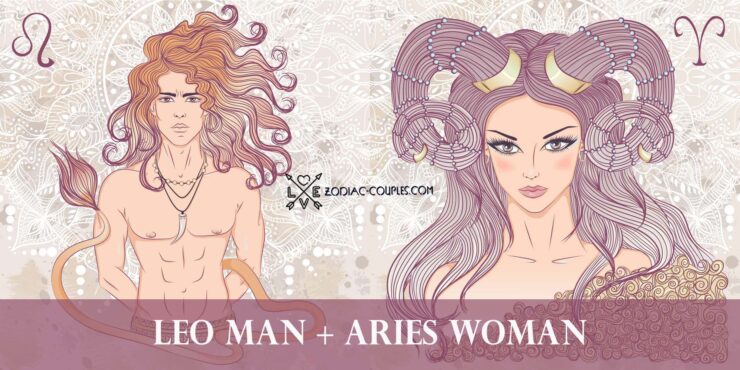 Leo man and Aries woman belong to the element of fire. This gives both signs a striking characteristic because the strongest personalities are under this element. Leo has all the qualities of a real man. He is single-minded, reliable, strong, and incredibly responsive. Aries woman is emotional, energetic, stubborn, strong, and independent. It may seem that two strong personalities will not find a common language. Still, they only enhance each other’s potential. Partners inspire and motivate, achieve their goals, and are not afraid to set new ones.

This union cannot be called calm and stable. Jealousy and emotional swing will flare up between partners since both are very domineering. It may seem that this is bad, but they are satisfied with everything. It is this type of relationship that ignites their interest in each other.

Ben is Leo, and Jennifer is Aries. The couple met in 2000 on the Pearl Harbor film set when Garner was still married. The next meeting was on the set of Daredevil in 2002. Although both were in a relationship with other people, Affleck says that the two fell in love at that time. Two years later, after both partners’ separation, they made their first public appearance at the World Series. In 2005 the couple got engaged and a few months later tied the knot in a private ceremony.

In 2015 Affleck was thought to be in a relationship with their nanny, but his representatives denied that fact, and that same month, Jennifer announced their divorce. In 2017 they officially filed for divorce, and the next year it was finalized. Their relationship was always tender, loving, and supportive, and the divorce was a huge shock for everyone. Ben later said that his divorce from Jennifer is the biggest regret of his life. They have three children.

Robert is Leo, and Grace is Aries. They met when Grace worked as a hostess at the restaurant in 1987, and she didn’t know who Robert was. The couple dated 10 years before they tied the knot in 1997. However, in 1999 Robert filed for divorce, and the couple has hard times with custody fighting for their son born in 2001. Somehow the two reunited and in 2004 renewed their vows. Their marriage lasted till 2018 when they announced divorce. One of the reasons is supposed to be different political views. They have two children.

Jason is Leo, and Rosie is Aries. The couple met in 2010 at Transformers: Dark of the Moon film set. In 2016 Statham proposed, but they kept it quiet. In June 2017, their son was born. Four years after the engagement, they still are not married, and as Rosie states, that is not their priority. They have a happy family life, successful careers, and plans for more children. The two started dating when she was 23, and he was 43 years old, and showed on personal example that the age gap is not a problem for them.

Robin is Aries, and Sean is Leo. They met on the set of State of Grace. The couple started dating in 1989. After having two children together and split up, the two reunited and tied the knot in 1996. But that was not the end of their ups and downs. Robin and Sean filed for divorce and reunited a couple of times since 2007, till Wright ended this turbulent relationship by filing for divorce in 2010. That was the end of their story.

Mandy is Aries, and Taylor is Leo. The two met in 2015 on Instagram, where they started chatting. After two years of dating, they got engaged and, in 2018, tied the knot. They bought and renovated a house, traveled together, supported each other in music nominations and receiving awards, and started thinking of children. In 2020 Mandy announced that she is expecting. The best part of their relationship is that Taylor always makes her smile.

Jennifer is Aries, and Kevin is Leo. They met when she was interviewing him for USA Today and got married in 1999. Their daughter was born a few months later. They have an extraordinary relationship since Smith even photographed her naked for Playboy. No one believed that their relationship will last long. Even they did not put much trust in that since they didn’t know each other well. Although 20 years later, they are still happy together and celebrated their anniversary. That spontaneous meeting turned out to be the love of the whole life.

Reese is Aries, and Jim is Leo. They met at a friend’s party, where a drunk guy stuck to Reese, and Jim stood up for her. In 2010, the couple started dating, and in March, they announced their relationship. By the end of the year, Reese and Jim got engaged. They got married three months later at their ranch. She liked that Jim managed to find a common language with her children from a previous marriage, and in 2012 they welcomed the child together. They celebrated their 10th wedding anniversary in 2021, and they seem happier than ever.